Since 1911, the Sisters of the Order of St. Basil the Great have had a strong and influential presence in the Ukrainian American community. This presence began as service to immigrants who fled poverty, persecution, and war, hoping to build a better life for themselves and their families. It continued through successive waves of immigration and assimilation due to the Sisters selfless devotion and tireless efforts.

The Sisters adjusted their monastic way of life upon arriving in the United States to better serve those most in need. Rather than remaining primarily cloistered, they established and staffed schools and orphanages. They nurtured the youth left in their charge, educated them, and formed them in the faith. 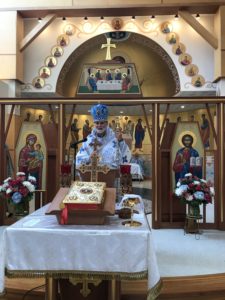 A recent gathering marked significant anniversaries within the Order, though in a more subdued fashion due to the pandemic. The event was held on August 22, 2020 at the Motherhouse in Fox Chase, honoring those celebrating their 60th and 65th anniversaries as Sisters of St. Basil the Great. The Most Reverend Borys Gudziak, Metropolitan Archbishop of the Archeparchy of Philadelphia, was the main celebrant. He was joined by Father John Ciurpita, the Sisters’ chaplain, and Deacon Volodymyr Radko. The Archbishop discussed personal experience with the Sisters of St. Basil in his homily, emphasizing their influence on him from grade school to the present. He expressed deep gratitude for all the Order has done.

Following the service, Sisters and clergy gathered in the dining room for a festive dinner. Celebrants were again feted for their long years of devoted work. Those honored for 65 years of service to the Church were Sisters Carla, Clement, and Dolores. Those honored for 60 years were Sisters Mary Cecilia, Rita, and Dorothy Ann. All six have close ties with Saint Basil Academy, a shared connection that was underscored in a speech prepared for the occasion.

Sister Monica Lesnick remarked, “They have, through the years, been such a vibrant and productive part of our Province–in all of their work. But most importantly, we have been so enriched by their prayer lives!” The Divine Liturgy and the Divine Office form the heart of communal life for the Sisters of St. Basil. These Sisters have prayed together literally hundreds of thousands of times. One is reminded of St. Paul’s words in 1 Thess 5:17, “Pray without ceasing.” 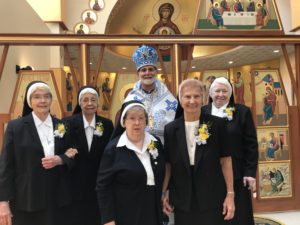 Born in Honduras, Sr. Carla Hernandez attended Saint Basil Academy and became the school’s top basketball star. After entering the Order, she taught Spanish and later became principal in 1986. Sr. Carla retired from the Academy in 2012 and now helps in the Province offices.

Sr. Clement Bartholomew was born in Egypt, PA and attended Saint Basil Academy. Her ministry took her to many Ukrainian Catholic parishes, including those in Parma, OH; Chicago; and Hamtramck, MI. She also spent many years teaching at St. Basil Elementary School in Philadelphia. Sr. Clement presently serves on the staff at Saint Basil Academy where she has worked since 1986.

Sr. Dolores Orzel was born in Philadelphia and graduated from Saint Basil Academy, where she would later serve as the school’s librarian. Additionally, she was elected Province Secretary and Motherhouse Superior. Sr. Dolores currently serves on the Motherhouse team.

Sr. Mary Cecilia Jurasinski was born in Reading, PA and attended Immaculata University before returning to her hometown to teach in the public school system. She entered the Order in 1960 and taught history at Manor College where she later served as president from 1985 to 2019.

Sr. Rita Stremba was born in Reading, PA. She earned a BA from Immaculata University and a MA in Theology from Villanova University. Before entering the Basilians she taught in the Reading public school system. Sr. Rita began teaching theology at Saint Basil Academy after first profession and retired just this year.

Sr. Dorothy Ann Busowski was born in Pittsburgh and earned a BA and MA from Villanova University (History and Political Science) as well as another MA in Holistic Spirituality from Chestnut Hill College. She taught history at Saint Basil Academy where she also served as principal. Later she was elected Assistant Provincial and has served as Provincial for four five-year terms, from 1995 to 2005 and from 2010 to the present. 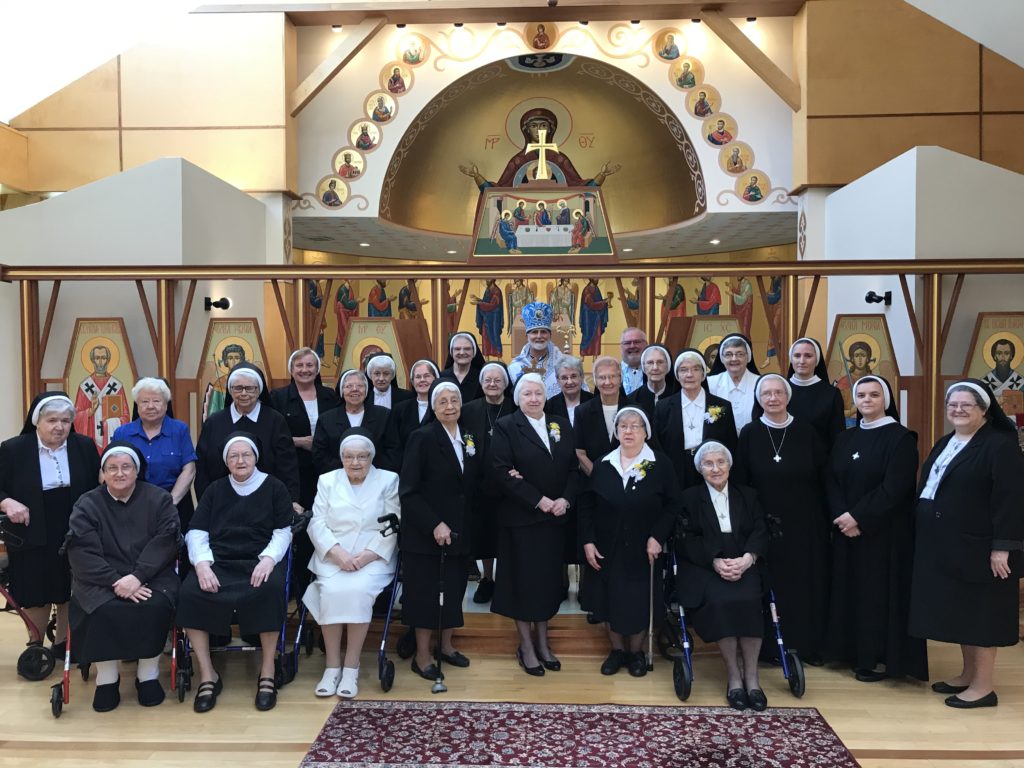