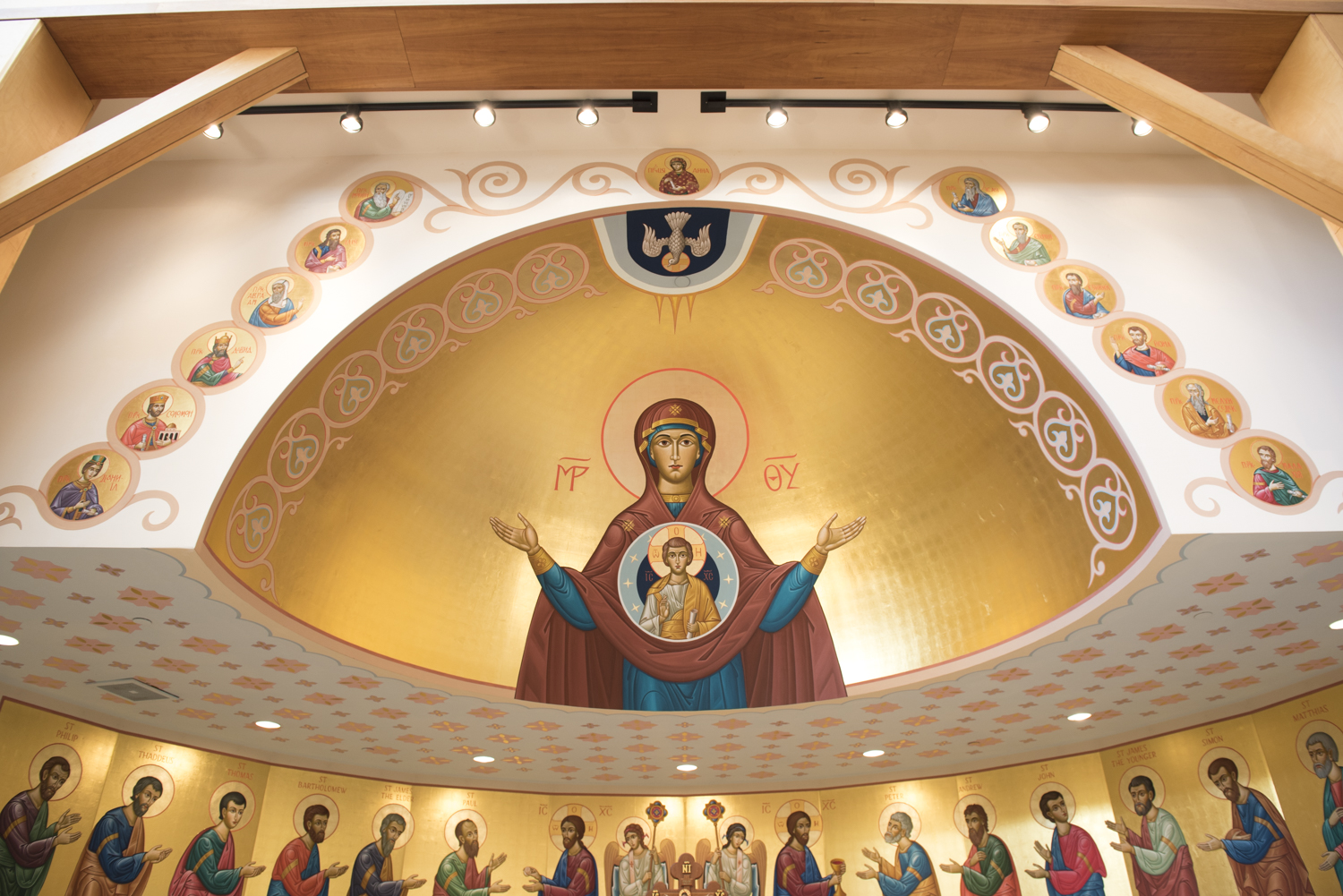 Basilian Sisters are testaments to the human spirit and the embodiment of Eastern Christian Spirituality.

In 1907 Bishop Soter Ortynsky, a native of Ukraine, was named Bishop for all Catholics of the Byzantine Rite in America. Headquartered in Philadelphia, he would be ministering to a flock of Ukrainian immigrants that had left their homeland to pursue better lives in the new world. 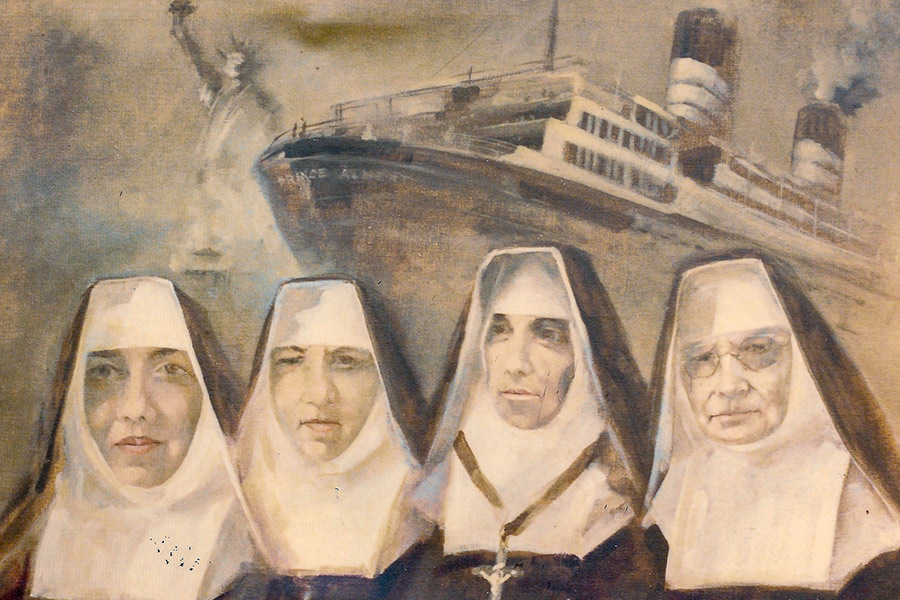 In Philadelphia, Bishop Ortynsky found churches in sad need of repair and reorganization and a flock of illiterate and desperately poor parishioners, including scores of orphans. Knowing that the tasks before him were too great to tackle alone, he sought the assistance of Ukraine’s Metropolitan Andrew Sheptytsky who arranged for the transfer of a group of Basilian nuns from the Yavoriv monastery to America. On November 28, 1911, Sisters of the Order of Saint Basil the Great, led by Mother Helena Langevych, OSBM, arrived in the United States of America.

Times were lean, and the immigrant community was poor, and Bishop Soter and Mother Helena spent countless hours soliciting funds and helping the other Sisters cope with the hardships and deprivation they met in their new home. Ukrainian orphans were the bishop’s greatest concern and he soon asked the Sisters to staff a proper Ukrainian Catholic Orphanage where the children would be nurtured and kept in touch with their Ukrainian heritage. 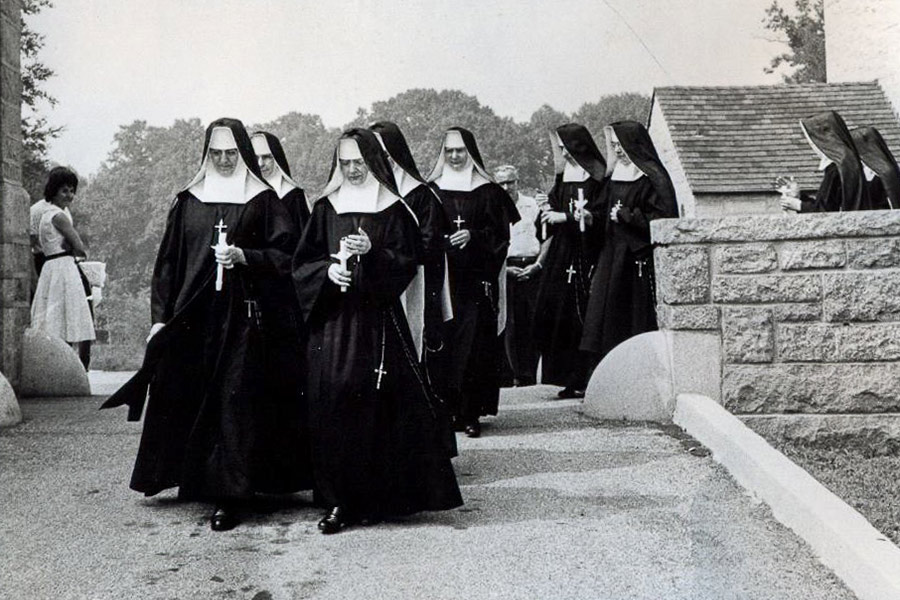 For financial support, the sisters established a carpet weaving business and a printing press. The Sisters tended to the needs of the orphans and the small business operations at the same time, spurred on by the indomitable spirit of Mother Helena who held everything together. However, while she was ministering to the spiritual and physical needs of her Sisters and the orphans, she was neglecting her own physical health and developed tuberculosis. She died on May 17, 1916, leaving the small community of immigrants, orphans, and the Sisters bereft and rudderless.

In the early 1920’s, under the direction of Metropolitan Constantine Bohachevsky and Mother Josaphat, the Sisters embarked on a mission that was to culminate in a Ukrainian Catholic Parochial School System. New postulants entered the community, many from the immigrant families that the Sisters from Ukraine had come to serve. In 1926, recognizing that the community needed room to grow, Mother Josaphat bought a piece of property in an area known as Fox Chase, a property consisting of a hundred and thirty acres of land and a farm cottage, which was to serve the Sisters as both Motherhouse and novitiate. In 1930, the Sisters laid the cornerstone for the new Motherhouse in Fox Chase and began to build upon an educational tradition begun centuries earlier.

St. Basil Academy, a convent boarding school for girls of Ukrainian heritage, opened its doors in 1931. The Academy is now a college preparatory school, which provides an excellent education for a diverse student body and is accredited by the Middle States Association of Colleges and Schools and the Pennsylvania Department of Education.

In 1947, Manor College (initially named St. Macrina College) was founded; the first classes were held in the old farmhouse still on the Fox Chase property. The college, which opened with a student body of eleven young women, was chartered and incorporated into the higher education system of the Commonwealth of Pennsylvania in 1959. Manor expanded its facilities to include dormitories and a library. In 1977, an on-campus Ukrainian Heritage Studies Center with the goal of fostering an awareness of Ukrainian heritage and culture was established. Today, Manor has an an extensive and varied curriculum.

In 1991, Ukraine became an independent nation. After decades of active repression, personal and institutional spirituality began to experience a renaissance. The revitalization of religious practice and religious instruction in Ukraine was hampered by the scarcity of trained and qualified priests and nuns, by poverty, and by isolation from the global religious community. In 1994, the Provincial administration initiated a Ukraine Outreach Program to re-connect the Sisters of the province with their ancestral homeland and to assist the Sisters of the homeland to fulfill their mission in God’s service. 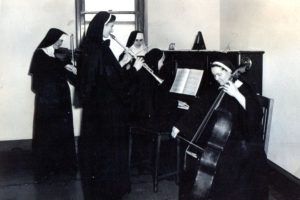 Vocational promotion here in America is an on-going project, an effort to seek out, invite, and nurture women who may have a calling for the religious life. The Sisters host and sponsor numerous programs, making themselves and their ministry more visible to the community at large and more specifically to women who are seeking spiritual guidance and direction in terms of their vocation.

In 1996, after a year long preparatory program, the first group of Basilian Associates was welcomed to the Order. The Association offers men and women of varied circumstances the shared experience of coming together and engaging in the spirit and the mission of the Basilian Sisters. Being in the Association helps them to deepen their spiritual relationship and personal spiritual growth.

In 2011 Jesus, Lover of Humanity Province celebrated 100 years with numerous commemorative activities in recognition of the dedication and love of the founding Sisters and all those who followed. Today, the Basilian Sisters are a testament to the human spirit and the embodiment of Eastern Christian Spirituality. Carrying on and building upon the legacy of their predecessors, they continue to be guided and inspired by a love of community, heritage, learning, prayer and service.