« Back to All Programs 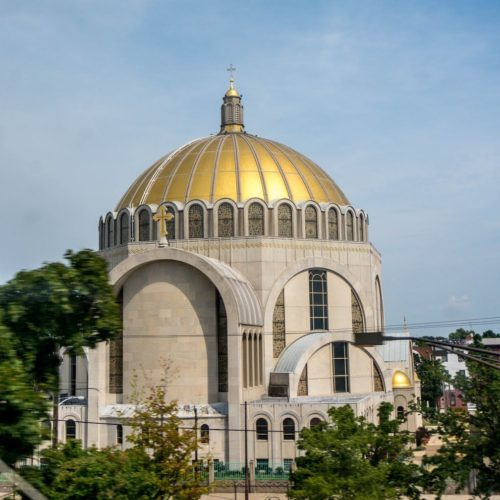 Learn about the history of Ukrainian Catholicism from an expert in the field.

Christianity was officially introduced to Ukraine in 988 when Vladimir the Great converted to the faith. More than a millennium later the Ukrainian Catholic Church may be found all over the world and is especially well-represented in the Philadelphia area. Fr. Ivan Kaszczak is a priest, historian, and author who will offer a reflection on the Church’s history based in his scholarly research.

Ivan Kaszczak was born in Szprotawa, Poland, on September 13, 1959. He and his family immigrated to the United States on November 17, 1963, and settled in Yonkers, New York. His parents, Andrew and Teresa, along with his siblings Lydia, George, and Lesia, attended St. Michael Ukrainian Catholic Church. He attended St. Basil Prep School and St. Basil College (B.A) in Stamford, Connecticut, and Oblate College (M.A.) in Washington, D.C. He received his Master’s of Education (M.Ed.) degree from LaSalle University, Philadelphia, Pennsylvania, in 1997, and his Doctor of Philosophy degree (Ph.D.) from Fordham University, New York City, in 2005. He was ordained a priest of the Stamford Ukrainian Catholic Eparchy on Saturday, May 4, 1985. He has served parishes in Troy, Spring Valley, Syracuse, Hempstead, and Rochester—all in the state of New York. He has also served parishes in Woonsocket, Rhode Island; Fall River, Massachusetts; Bridgeport, Connecticut; and Kerhonkson and Hunter, New York. On May 1, 2010, he retired from the United States Air Force Chaplain Corps, after twenty-one years of service in the Reserves. Since 1988, he has been a chaplain in the Civil Air Patrol (CAP). He currently serves as National Chaplain for PLAST (Ukrainian Scouting). At present, he serves as pastor of Holy Trinity Ukrainian Catholic Church in Kerhonkson, New York, and St. John the Baptist Church in Hunter, New York. He has authored two books and several articles on the history of the Ukrainian Catholic Church.