“Vacation with God: Our Father.” Summer Camp for Children in Philadelphia

During August 14-18, 2017, a Summer Camp for Children “Vacation with God:  Our Father” was held at the Basilian Spirituality Center in Jenkintown, PA. The camp was organized and sponsored by the Sisters of the Order of Saint Basil the Great and the St. Sophia Religious Association of Ukrainian Catholics, Inc. 29 children aged 6-12 from various parts of Pennsylvania participated in the event.

“Our Father” can be considered Jesus’ prayer about the Heavenly Kingdom. Entire prayer emanates anticipation of the New World where God and only God reigns, where the power of evil is conquered. Understanding of prayer comes easier if its content is explained in the context of God’s Kingdom which is coming soon. Its form is similar to Jewish prayers, but it has its own Christian spirit. Lord’s Prayer is a summary of the Sermon of the Mount and the Beatitudes expressed in a form of prayer.

The camp’s program was created with the goal of molding the spiritual and cultural heritage of the Ukrainian people. The children enjoyed catechism classes, songs, dances, crafts, embroidery and games. The program was coordinated by Iryna Ivankovych, Executive Director of St. Sophia Religious Association, and conducted by Sr. Teodora Kopyn, Sr. Olha Mykhayliuk, and Sr. Vasylia Khvasta, with the help of volunteers: Victoria Ygreen, Andrew Perrong, and Jenna Violi. Prayer services were celebrated by the Very Rev. Msgr. Peter Waslo and Rev. Myron Myroniuk. His Grace Stefan Soroka, Metropolitan-Archbishop of Philadelphia, paid a visit to the camp and spend one morning session with the children.

This was the second mutual initiative of the Sisters of St. Basil the Great and the St. Sophia Association in the field of spiritual and cultural upbringing of Ukrainian children and youth in the US. 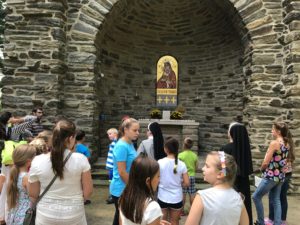 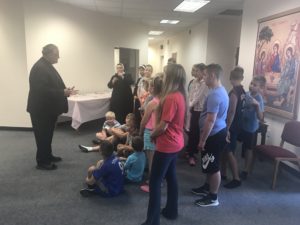 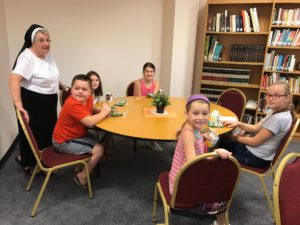 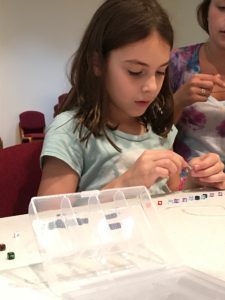 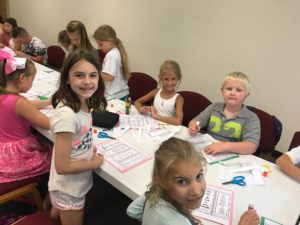 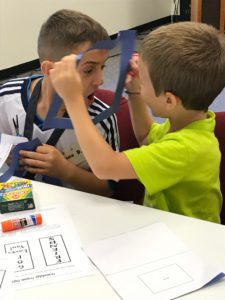